By hiking the trail, you enter the park from the “Sun Gate” at dawn and are able to see Machu Picchu from a high vantage point.  If you’re lucky, there’ll be just enough clouds for you to get some travel magazine-worthy photos of the ruins and llamas. There are other smaller archaeological ruins you can explore along the way as well as llama photo ops, without the crush of tourists found at Machu Picchu.

As a not-very-athletic person, I found the trek challenging (read: I wanted fling myself into a picturesque llama-strewn valley halfway through).  I’ve detailed our experiences in separate posts from prep to aftermath and a booking resource list, plus a photo gallery.

FYI, this post contains affiliate links, which means I might earn a small commission if you purchase from them, at no additional cost to you.  Thanks for supporting all the free content on my site and helping me pay for my cat sitter when I travel!  Visit my Disclosure Policy for more info and photos of my adorable cat, Junie.

In order to hike the Inca Trail, you must book through a tour company.  Independent hikers are not permitted without guides.  Only 500 hikers, guides and porters are allowed on the trail each day (about 200 hikers and 300 guides and porters). The porters carry the tents, food, and related equipment.  Additionally, our porters carried a bag for each traveler – with a maximum weight of 6kg. Our group had two cooks, three guides and about 20 porters for our 15 travelers.

We booked our trip through Intrepid Travel.  I knew their reputation first-hand since I had done trips with them before in other countries.  Plus I wanted to ensure our porters and staff were paid a fair wage and not expected to carry excessive weights.  Overall, we were really happy with the tour.  The guides were knowledgeable and supportive.  The porters were nearly super-human in their ability to scale the trail terrain with heavy packs.  And finally, the food was excellent.  For example, for dinner we usually had tea and a snack when we arrived at camp, then soup, salad, main course and dessert. Holly and several other travelers were vegetarian and there was no issue with options for them, although most decided to eat fish for extra energy on the trip.

Along the trail we met groups from G Adventures, another well-known small group tour company I’ve traveled with, as well as others. I recommend doing your research if you have the same concerns we did, or choosing one of these two companies.  Keep in mind that the trail is typically closed in February for upkeep and maintenance.  You’ll need to book well in advance to get trail passes.

Located in the Andes Mountains, Machu Picchu is the ruins of a 15th-century Inca city. The Incas built it around 1450, at the height of their empire, but abandoned it a century later at the time of the Spanish Conquest. Although known locally, the it was not discovered by the Spanish during the colonial period. Some speculate that it was deserted because the occupants fell ill to a smallpox epidemic. For this reason, it is often called “The Lost City of the Incas.” It remained unknown by the world at large until American historian Hiram Bingham found it in 1911. He returned later for expeditions to excavate the site.

UNESCO declared Machu Picchu a World Heritage Site in 1983.  It was also chosen as one of the “New 7 Wonders of the World” in an internet poll, along with sites such as the Great Wall of China, Chichen Itza and Petra.

As of July 1, 2017,  you must now have a guide in order to visit Machu Picchu.  Inca Trail treks will include this, but other travelers will have to book a guide for their visit.

Why Should You Trek?

Over the last few years, trekking the Inca Trail to Machu Picchu has become a rite of passage for adventure travelers.  Some historians believe that the original purpose of the trail was both functional for transporting goods as well as religious.  The now-ruins of shrines and religious sites along the way offered chances to worship the mountains that make up the route.  Today’s hikers test the limits of their endurance with the trail’s high altitudes and rocky terrain.

My Inca Trail Survival Guide includes 5 parts to help travelers planning to trek the Inca Trail to Machu Picchu, plus a photo gallery.

Thinking about booking a trek?  Check out these itineraries from Intrepid Travel and G Adventures!

The Inca Trail with G Adventures 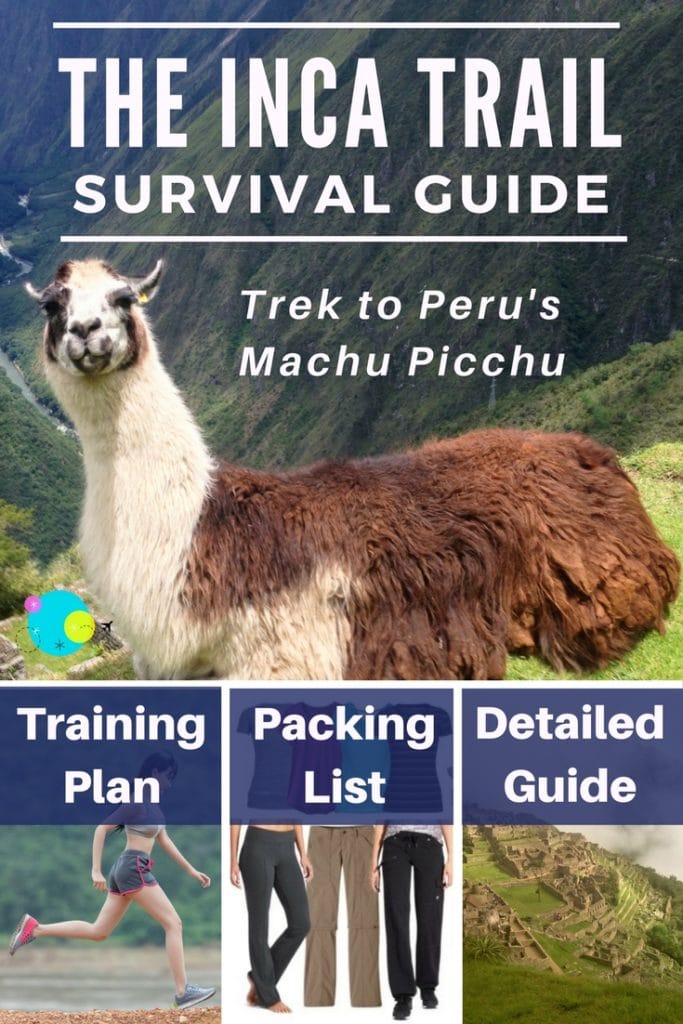 About The Haphazard Traveler

Hello, fellow traveler! I'm Adrienne, amateur photographer, adventure seeker and part-time blogger. I used to be a haphazard travel mess, until I got serious about becoming an expert traveler! I kept the name and now I share my personal stories and advice (including mishaps!) to help others follow their own wanderlists. Find me on Instagram to see my travels in real-time. Or feel free to comment on any of my posts with questions. Happy traveling!